Woman who tried to mail a puppy is charged with cruelty 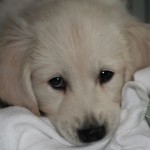 A woman in Minneapolis has been charged with animal cruelty after trying to mail a 4 month old puppy by airmail to Georgia.

The woman, Stacey Champion, went to the post office with a box with holes punched in the sides. However, the holes were covered over by packing tape. As she handed the box to the postal worker she said, “”be careful, be careful” as they handled the box because “it was so delicate,” She told him to ignore any sounds that came from the box because it contained a toy robot.

On the outside of the box was written, “This is for your 11th birthday. It’s what you wanted.”

Postal workers opened the box after hearing a commotion and panting noises coming from it. Out popped, “Guess” a four month old puppy.

The dog definitely would not have survived a two day trip in the cargo hold of a plane.

Ms. Champion did not say why she mailed the puppy. She did ask for a refund for the $22 postage that she paid. A refund was not given to her.

(story reported from The Vancouver Sun.)