A year ago, I first wrote about a concern that some veterinarians had about chicken jerky treats causing problems for dogs.  Since then, that article has received over 600 comments from people whose dogs have been made sick (or have even died) as a result of eating chicken jerky treats.  And, to date, the FDA has not been able to find out what the problem is!  Today, the FDA put out a news bulletin to tell the public what they are doing to try to solve the mystery. 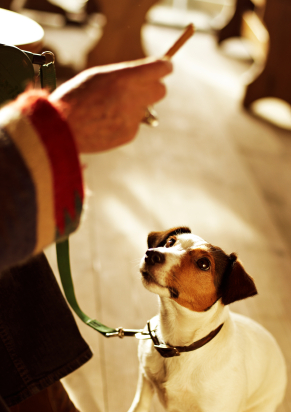 What is the problem with chicken jerky?

Initially, vets had concerns that chicken jerky treats were causing some dogs to have similar symptoms to something called “Fanconi Syndrome”.  Vets were seeing dogs who had an increase in thirst and urination and in many cases had glucose in their urine (but no elevated blood glucose level).  In most cases, the symptoms went away within a week or two of removing chicken jerky treats from their diet.

Then, word of other cases began to trickle in.  These dogs did not have any glucose in their urine, but had severe symptoms of vomiting and diarrhea and in many cases dogs required extensive in-hospital treatment.  Some had significant kidney problems including renal failure. The comments on the first article about chicken jerky I wrote have many people claiming that their dogs have even died as a result of eating tainted chicken jerky treats.  Some also blamed duck jerky treats as well.

What brands are affected?

For legal reasons, I can’t make any guesses about what brands of chicken jerky are causing dogs to get sick.  However, searching through the 600+ comments on the previous post (again, see here), you will easily be able to find that there are certain brands that are mentioned more often.  The FDA is testing a great number of brands for potential problems.  I have mentioned some of these below.

Did the FDA recall any treats?

To this date, no, there has not been a recall.  The problem is that they cannot find a culprit.  Below, I will describe what testing the FDA is doing to try to find out exactly what the problem is.  The FDA has put out warnings about chicken jerky treats in September of 2007, December of 2008, and November of 2011.  These warnings are usually brought about because of an increase of complaints to the FDA.  This is why it is very important that you report a complaint to the FDA if you feel that your dog has become sick from eating tainted chicken jerky.

What tests have the FDA run?

The FDA is doing a LOT of testing to try and find out why dogs are getting sick from eating chicken jerky products.  This spreadsheet on FDA testing of chicken jerky is fascinating to read.  In it, the FDA describes what tests they have done on particular jerky products from 2007 to 2012.  Here are some interesting parts:

Here are some of the other things that the FDA has tested potentially contaminated chicken jerky treats for. But, despite all of this testing, they still don’t know what the problem is: 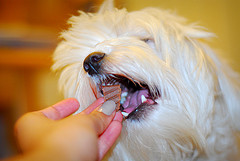 The FDA also did DNA testing of samples to verify that the treats were actually containing poultry.  They have also looked for Vitamin D excess and the presence of enterotoxins.  Some of the 2012 test results are still pending, so it is still possible that an answer surfaces soon.
The tests were run at a number of private labs as well as the FDA’s own laboratories.

At this point we still don’t know why dogs have become sick after eating chicken jerky treats.  If you feed these type of treats to your pet I would highly advise that you stop!  Some people have suggested that the dogs that are getting sick have eaten large amounts of treats but there are many comments on my previous post from people who said their dogs got sick from eating just the occasional treat or in small amounts.

If you feel that your dog has become sick from eating chicken jerky it is EXTREMELY IMPORTANT that you report this to the FDA.  Save the packaging and any contents that you have as the FDA may want to run tests on the samples.  Once again, here is how you can report a problem to the FDA.

If your dog has become sick from eating chicken jerky, please do leave a comment.  Your experiences will hopefully help other dogs from becoming sick.

Also, I would greatly appreciate if you share this post on Facebook or via email with anyone you know who may be feeding jerky treats.  Many people still are not aware of the potential dangers!

Photo credits: Jack Russel gets a treat ©iStockPhoto, Dog gets a jerky treat by punctuated, flickr.